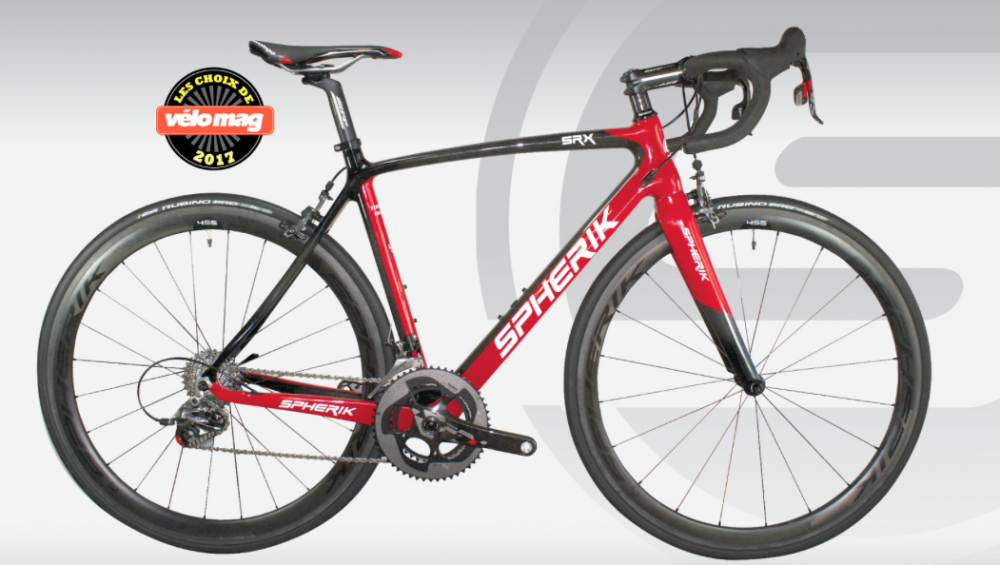 The words are similar, but the statement deserves attention, because it summarizes the essence of our approach. While the competition tries to make their heavy e-bikes look like road bikes, Spherik is doing the opposite. The SER is first and foremost a road bike, similar to the other carbon models in our line, which we have equipped with a motor and battery with dimensions and mass reduced to a minimum.

By opting for a motor that develops a torque of 55Nm and a power of 200W, powered by a 200Wh battery, we add just under 4kg to the weight of the bike. So this one behaves like a regular road bike, benefiting from significant assistance when you need it, most often when starting off and climbing. This approach avoids the vicious circle of the bike being too heavy, which requires almost constant assistance and necessarily a more powerful battery and motor, which also contribute to making the bike heavier, and so on.

With its reasonable weight, the SER requires less motor assistance, giving it a range similar to competitive models loaded with larger batteries. We prefer not to quantify this autonomy in an absolute way because too many factors can make it fluctuate, in particular the total altitude difference, the degree of slope of the climbs, the weight of the cyclist, the road surface, the tire pressure, the direction of the wind, and of course the average speed you want to maintain. Let’s just say that you will be able to do rides as long as usual, at a more sustained speed, while providing a much less effort.

At the controls of a SER, you will feel both powerful and rejuvenated, intoxicated by the sensations of a high-end carbon bike, whose appearance and behavior respect the spirit of a regular road bike. Isn’t that what every cyclist is looking for?